I don’t about you folks out there but I’ve had a particularly fun weekend!
It all started on Friday for me with a trip to one of my favourite Summer haunts, Tamworth Snowdome. It’s a great big indoor fridge that allows me to ride my snowboard during the Summer months when it would otherwise be gathering dust in the spare room. It’s very quiet during the Summer which suits me just fine; most people go there in the Winter months to prepare for their “real” snow holiday.
There was hardly anyone on the slope for the whole morning except for a small group having a lesson and about 20 or 30 people riding just for fun. I had a great time carving the slopes, hitting up the kicker, getting a few grabs in and generally smiling a lot.
I like to smile.

Straight from there I headed off on the short journey to another of my favourite haunts, Cannock Chase.

I had limited time and also I didn’t want to overdo it because of the Mad Monk 10km Extreme Obstacle Race I had coming up on the Sunday morning, so I decided just to ride the more advanced side of the road; The Monkey Trail. The Monkey is wicked! It’s a short loop of about 6 miles but it is sustained singletrack all the way and if you ride it hard you know you’ve had a workout at the end. It has several excellent downhill sections and a couple of technical rocky sections too just for good measure. And it flows. Boy does it flow!

I have recently added a pair of SPD pedals to my hardtail mountain bike and I’m still in the painful process of getting used to using them. For those of you who don’t know what SPD’s are they are very different to the type of flat pedals you will be familiar with. You have a metal cleat on the sole of your shoe and it clips in securely to the SPD pedal and allows the rider to be able to pull up as well as push down which greatly increases pedalling efficiency, I’m now bored of this technical stuff so I would imagine you are too. The End.
What you might like to know though is that when learning how to use them the rider is in the habit of falling off a lot because of their basic inability to un-clip quickly enough. I’ve been doing quite a lot of falling off this weekend and have some impressive bruises to prove it. I currently hate them! 😀 But I have to persevere because of the advantages of using them in events like next years Yak Attack mountain bike race in Nepal and I’m sure I will grow to love them. Hmm…
My blast around The Monkey was great, I hardly saw another rider which is the great advantage of riding on a Friday; just like the Snowdome, and I only fell off once! I was going down a steep rock garden and wasn’t really committed enough; I had a wobble, realised that my feet were clamped to the pedals and fell over sideways. Apart from that It all went well and I had a blast. Cue more smiling 🙂
Saturday I decided should be a complete rest day, in preparation for The Mad Monk the following morning, and I had a nice time doing not much at all.

Sunday however was in complete contrast. Barmy is not the word! The X-Runner Mad Monk event is about the most fun you can have when running 10km. I say running… it also included several open water swims across the River Derwent, a steep bank to climb, and innumerable obstacles to overcome (or go under); a stream to wade down, cargo nets, crawls, ladders, tyres, walls to climb, and on and on. It was more like The Grand National horse race for people/nutters. Every single one of the 1000 competitors had a ball. The 1000 smiles proved that!

The results were published on-line on Monday and I had finished 43rd out 579 10km runners in 58 minutes and 29 seconds. I was well pleased with this considering I thought I had taken it pretty steadily 🙂

It was an extremely well run event and every credit must be given to AAA Adventures for it all going smoothly. It was safe, buoyancy aids were compulsory for the river crossings, well thought out, and just challenging enough to be enjoyable. All in all the primary object of the event was achieved; it was fun!
I’m already registered to do their next two events and I can’t wait for them. The Water Wipeout takes place at Holme Pierrepoint near Nottingham on June 23rd; followed by The Wild Thing at Brailsford, Derbyshire on September 23rd. These events always sell out beforehand so if you fancy having a bash get in early. Take it from me you will love it. Incidentally they are run as either a 5km (one lap) or 10km (two laps) race. You enter the event and decide whether you want to carry on or not after the first lap if you don’t feel you can manage two. Take a look here to see how much fun you can have: X-Runner
There are some more Mad Monk images below.

And finally…
Monday morning saw myself and The Drill Sergeant, Mitchell Bryan, heading for yet another of my favourite places with our mountain bikes (I told you I’d had a good weekend); The Dark Peak. And even better still we were heading for my favourite place in the Dark Peak, The Vale of Edale.
We were short on time so we decided to take in a 15 mile loop from Edale that circuited over Mam Tor and around the Vale culminating in the awesome descent of Jacobs Ladder. Jacobs Ladder is one of the classic ascents in The Peaks for most mountain bikers but trust me on this it’s a whole lot more fun riding down it!
We set out from the car park and headed up the long old Greenlands climb to Hollins Cross before pointing up towards Mam Tor and then traversing the Cold Side towards Rushup Edge on Lords Seat. The climb up on to Rushup Edge is steep and is made even more fun by the infernal, eternal headwind that always seems to blow across it. Just the sort of challenge we like for some stupid reason. After traversing the ridge it starts to drop down towards Roych Clough and it’s a stormer. Fast and with some great rocky steps to pop off all the way down before steepening towards the end down to the stream crossing. We stopped here for a quick bite to eat and then started to regain all the altitude we had just enjoyed blasting down. It’s a long loose climb following the Pennine Bridleway towards South Head & Mount Famine and it had us out of breath before very long at all. It evens off a little in the middle before steepening once more for a sting in the tail. After this is a lovely flowing descent that goes on for ages until you reach a short climb on tarmac that leads to one of the longest climbs in The Peak all the way to Edale Cross. It’s a good ‘un! I fell off sideways a couple of times when I lost traction on the steep bits. I was very pleased with my decision to use SPD’s on this ride, especially when I clattered in to the rocky ground, shoulder first, with Mitch watching and chuckling at me. That, of course, all pales in to insignificance a short while later after we arrive at the top of Jacobs Ladder. Beginning on steep, tricky, steps down to a lovely flowing descent before turning right at the junction with the footpath and heading down another steep, loose, and rocky, bone-shaker all the way to the stream. After this it’s a long and very fast but easy descent down to Upper Booth before re-joining the road and heading back to car. Absolutely wicked. According to the Strava app on my phone we had ascended (and descended!) 2686 feet in only 15 miles. Classic Peak District riding. Get out and do it!

More Mad Monk images
Thanks for looking, I hope you enjoyed it. 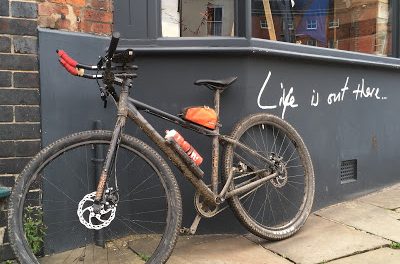 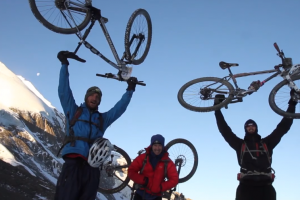 Ready to roll at Sleepless in the Saddle 2012. 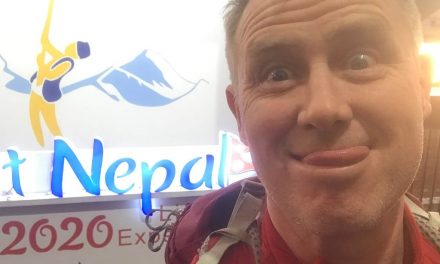