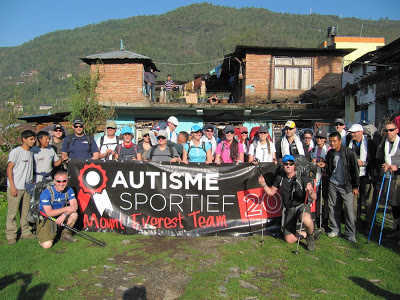 Trekking Nepal. Jiri to Everest Base Camp 2013.
After enjoying a successful and rewarding trekking trip in 2012, with both myself and our friend Dave Slater, Wilco Voulon had decided to organise a larger party, on behalf of his foundation – Autisme Sportief, to do the same trek in to Base Camp; with the addition of the prospect of taking part in the 2013 Tenzing-Hillary Everest Marathon. By a happy coincidence this year’s event was to coincide with the 60th Anniversary of the Everest Summit (29th May 1953). I was delighted when Wilco asked me if I would interested in helping with the guiding of the trip and jumped at the chance to take on this extremely challenging route once more. I also decided there and then to have a go at the marathon too. Well why not?!
My journey to Nepal began early. I was to fly firstly to Amsterdam before taking a train on to Zwolle to meet up with my old friend Wilco. The following day we departed Zwolle, once again on the train, heading for Schiphol Airport with many of our trekking group. At Schiphol we were united with the remaining members and I was introduced to the few that I hadn’t previously met.
Everything went smoothly and after four countries (England, Holland, UAE, India), four flights, two trains, and a minibus, we arrived in the relative harmony of The Kathmandu Guesthouse in Nepal.
With only one day in Kathmandu, before departing on the bus for Jiri, we had a lot to do finalising a few details and meeting with Shikar Pandey the marathon organiser. I also tried to use any spare time I had to catch up with old friends from my previous trips.
Our meeting with Shikar Pandey proved to be amusing to Wilco. On introducing ourselves Wilco explained to Shikar who I was and that I had twice taken part in The Yak Attack, Shikar was enthusiastic about this and said that he recognised my name. I laughed and said that I hadn’t realised that I was famous in Nepal!

Kathmandu is a wonderful place, one of my favourite cities, and it buzzes with the day to day life of Nepal once you leave the tourist ghetto of Thamel. Not that there is anything wrong Thamel of course, it has its own unique vibe, but it is nice to get away from the all the trekking agencies and boutique stores and experience the rattle and hum of the street markets, or stare in wonderment at the decrepit but beautifully ornate old buildings dotted all around the city. Take the time to get lost, and discover, if you ever get the chance to visit.
There are many faces to the people of Nepal from the clearly Indian and colonial influences in the south to the starkly Tibetan features of many of the mountain people. All are uniquely photogenic, the children in particular are astonishingly beautiful, and welcoming, and many could be a perfect study for National Geographic. Most are happy to be photographed and they delight in seeing the images of themselves (don’t we all?!), but please make sure to politely ask permission before pointing your camera.
It also has a unique blend of Hinduism and Buddhism, you will often see monuments to both in the same place; Swayambunath (The Monkey Temple) is a great example of this. Kathmandu seems to be largely Hindu and the in the mountains there is a clear swing towards Buddhism, but often people enjoy a mix of both; celebrating different festivals with equal vigour.
I like it. A unique country full of unique people.
On Tuesday 11th June, in the comfortably warm early morning temperatures of Kathmandu, we walked a short distance out of Thamel to board our bus for Jiri. Wilco had enlisted the help of a local guide, through our friends at Adventure Aves Nepal and Coldfeet Trekking, Gopi Adhikari. Gopi and his staff busily helped us organise the group and get everyone and everything loaded for the long trip.
The road to Jiri is now fully sealed and our journey proved to be relatively straight forward; unlike last year when we endured a seven hour strike en-route followed by a somewhat hair-raising race along pot-holed dirt roads. We enjoyed a delicious lunch of Dhal Bhat in a small village along the way. Dhal Bhat is the cornerstone of Nepal, it is eaten twice daily, a simple dish usually consisting of a thin lentil curry (Dhal), vegetables, and rice (Bhat), and if you can afford the luxury – Meat; it is perfect fuel for trekking and as they say in Nepal “Dhal Bhat Power – 24 hour!” We were to enjoy it many times during our adventure.
In his excellent guide book, “Trekking in the Everest Region” (Trailblazer), Jamie McGuiness modestly describes the route from Jiri to Lukla as “A quite strenuous walk”. Now I’m pretty fit and very comfortable in mountainous terrain but even I’d describe it as a VERY strenuous walk! The trails are very steep in places with long ascents, and descents, over some very rugged surfaces; we were to have some tough days over the following weeks.
Wilco loved quoting the mantra “A quite strenuous walk” on a regular basis, along with his other favourite “Nellie Cottam, Famous in Nepal”! We laughed a lot on this trip.
Our band of twenty-three trekkers, all from The Netherlands save for me, consisted of twelve men; Cain Burgman, Emiel van Beek, Bert van der Stelt, Wilco Schakelaar, Kees Schreuders, Remco Hendriks, Ashwin Smid, Gerrit Voortman, and Jan Bosman, plus Wilco Voulon and I. And nine amazing women; Diane Oskam, Karin Groen, Lynsey Dikmans, Renate Ouweneel, Anneke Corsie, Ineke Marsman, Ilona Reizebosch, Agness van der Werf, and Gea Luttels. We were to meet Eddie Sevink, Bernard Hesselink, and Pim van der Wildt, in Namche. Bernard and Pim, the oldest members of our party, had decided to fly in to Lukla and trek from there due to the severe nature of the Jiri trails. Eddie was to guide them in from there. We all looked forward to joining up with them in Namche.
Gopi’s team consisted of Ram, Dhamala, Santo, Prushutan, and Bashu.

The Netherlands is the lowest, flattest, country on Earth. Nepal is the highest.
I must admit to having a few concerns about getting everyone to Everest Base Camp successfully. Only time would tell.

We arrived safe & sound in Jiri and quickly got everyone settled in to our accommodation for the night, Hotel Jirel Gabila. It was a nice place, I think Wilco and I got The Penthouse Suite, we even had a TV and a sofa! Well we were the Group Leaders after all! (That would be another of our mantra’s during the trip!) There was even a reasonable WiFi connection (reasonable for Nepal!). With plenty of free time everyone got the chance to explore this charming little frontier town, and it gave Wilco and I a chance to walk the initial part of the trail to remind ourselves of the route. That wasn’t such a good idea!

In the morning we would be setting off on the trek and for all of our happy band it was to be a baptism of fire. The trail from Jiri to Bandhar is one of the toughest days of the whole route, going over two high pass’s, but it would give us a chance to assess everyone and to see how they would cope with the adversity.

In the next instalment I will take you with us along our route from Jiri to Namche Bazaar. 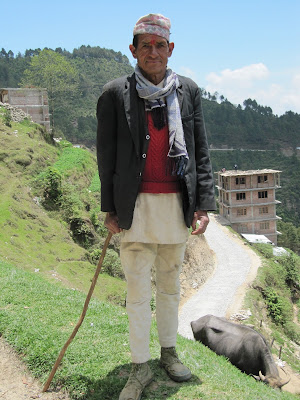 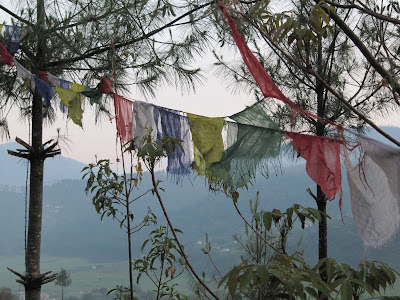 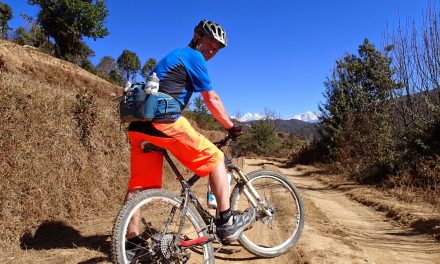 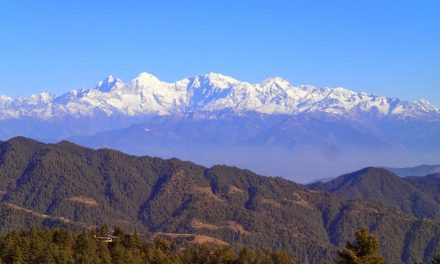 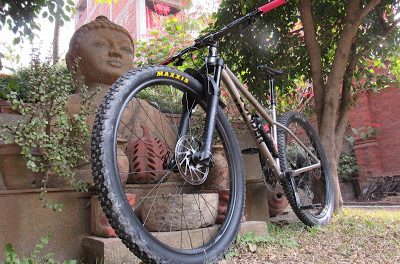 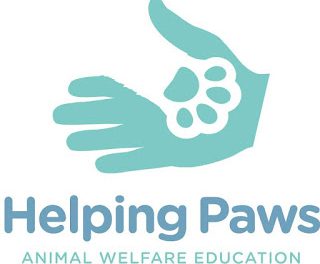