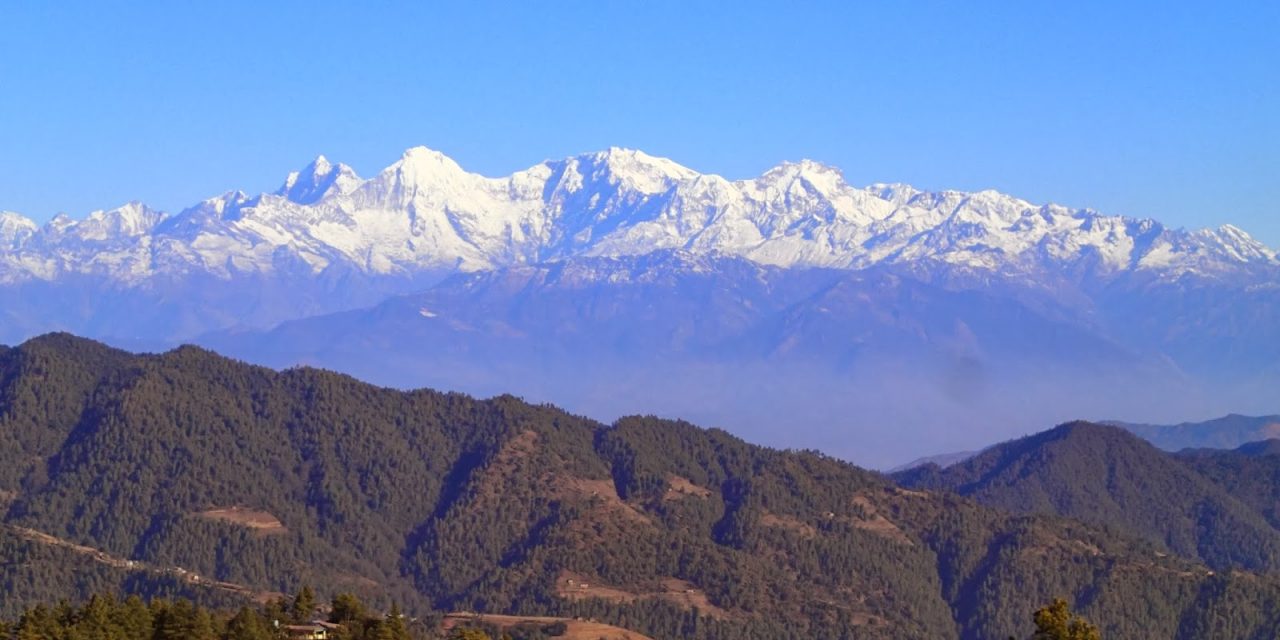 A Taste of Nepal.
Sights, sounds, smells, and tastes all make up the delicious, myriad, flavour of Nepal. Although not all of the smells are that delicious!
I arrived in the permanently chaotic Kathmandu a little under three weeks ago, and it’s been a blast. So much so that I haven’t yet extricated myself out to the high mountains for some much needed altitude acclimation. The trails around the Kathmandu Valley rim are perfect for training, and the hub-bub of Thamel has been perfect for relaxing and having fun. The weather is warm (although the locals seem to disagree with me on that; 16-20 degrees Celsius is considered Winter in KTM. That’s what we call Summer in England!) and the trails are dry.

My flights in with Etihad went smoothly and, at the last minute, I managed to secure a ridiculously cheap business class upgrade for the second leg from Abu Dhabi to KTM. Talk about luxury! It was my first, and most probably last, experience of business class travel; oh how the other half live! Notwithstanding the outrageous leg room and attentive hostesses, it was the Smoked Salmon & Shrimp Carpaccio starter followed by a mouth-watering fillet of Nile Perch that clinched it for me! Forever shall I dream of that moment whilst, scrunched up in Economy, I wonder what it is that resembles food in front of me.

Kathmandu, however, as opposed to the serenity of Business Class, is a whirling dervish; and I love it. My guess is, considering that this is my fourth trip to Nepal in Two years, that you already know this! The only proverbial fly in the ointment is the crippling pollution and I’ve already started to develop “The Kathmandu Cough”. It’s probably time for me to head to the purified air of the high Himalaya for a while to reset the balance.

I have ventured a little higher. Lovely Laxmi Magar (who’s entry in to Yak Attack I have helped to sponsor along with generous friends) guided me out to Simbhanjyang, sitting at 2488m above sea-level, a ride of about 65km. We returned the following day via a different route to complete the circle. The views in the early morning light of our second day where breath-taking.


In fact I ventured higher on my third day here. The Kathmandu Trail Race took place in The Shivapuri National Park and I, sensibly for once, entered the 27km event (as opposed to the”proper” 50km Ultra race). It proved to be a wise decision because it was hard as hell! Aside from the fact that I hadn’t run any where near that distance for over two months, it was the initial climb of 1100 metres (vertical gain) up steep steps that split the field. I also really struggled with jet-lag for some reason this time, it’s not something that usually troubles me when flying West to East but arriving at the start line with two hours sleep in the bag made it tough. I’m still not sure if I went wrong somewhere and ran farther, it certainly felt like it. A number of other runners used GPS devices and several logged in excess of 37kms. If I did run the correct course then it was the hardest 27kms I’ve ever run. It was a fantastic event, great climbs & descents, and technical, differing, surfaces all the way to the finish line. In fact it was so good that even the legendary British Ultra-runner Lizzie Hawker turned up and promptly showed everyone how it’s really done.

Other than riding my bike quite a lot I have spent much of my time either hanging out at bike shops or eating. I like doing both. And Kathmandu is a great place to eat, especially so if you like spicy food. The generous application of chillies, capsicum, and other peppers make your lips tingle just as much as your tastebuds.
Around Thamel there are, quite literally, hundreds of restaurants. High-end establishments like New Orleans, OR2K, Fire & Ice, and La Dolce Vita cater towards the international traveller with money to spend; presentation comes at a premium though and the budget-minded backpacker is better served by the many local Nepali & Tibetan places. Most of these tend to be tucked away under the bright neon lights of their contemporary neighbours, like little Cinderella’s hoping to go to the ball. Don’t be fooled in to thinking they are inferior, the décor may be simple, if not a little jaded, but the food is not. You can get delicious curries, breads, and other delights for a fraction of the price you’ll pay for a pizza. Cheers Bar & Restaurant serve some of the best Buffalo or Pork Sukuti I have tried, and the Mutton Curry at The Tibetan & Nepali Kitchen makes my mouth water just thinking about it. Both are within a few metres of the junction adjacent to The Kathmandu Guesthouse, should you ever be in the area.
My other favourite pastime has been drinking. I know what you’re thinking, but you’d be wrong! Tea and Coffee grown in the temperate foothills of The Himalaya is some of the finest in the world, and I’ve been making the most of it. Nepali tea is lightly spiced with Ginger and Cardamom, I think, and it’s lovely; with or without milk.
The coffee market is a more recent development, it’s certainly improved over the last couple of years, with many more places serving high quality, fresh roasted, stuff instead of the cheap and not particularly cheerful instant variety.

Himalayan Java is one of the originals and it’s establishments in Thamel serve the best Double-Shot Cafe Latte in the galaxy, and I don’t exaggerate! And at less than half the cost of a decent coffee in the UK I have drunk lots of them.
You were right to think the worst of me though; I have also had the occasional “Thungba”. What the hell is Thungba you might well ask? Well; it’s unusual that’s for sure, and something of an acquired taste if I’m being honest.
Fermented millet grains are placed in a special container/jug type of thing and then covered with boiling water. You then suck the now alcohol infused hot water up through a straw. Initially the flavour can be a bit overwhelming but on the second fill it becomes a bit more palatable. You continue with the topping-up process until the flavour becomes weakened. Then you order another one. Well most people do; so far I have found one to be quite sufficient!

I’ll be writing another piece soon, so please feel free to pop back and take a look 🙂
In the mean time enjoy the images below for A Taste of Nepal! 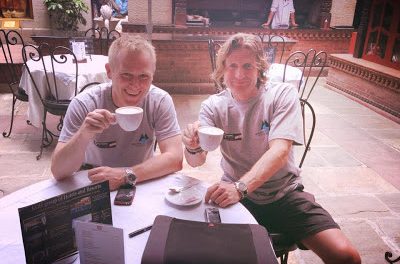 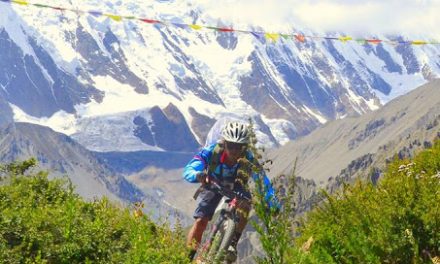 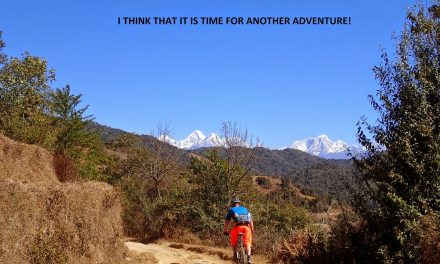