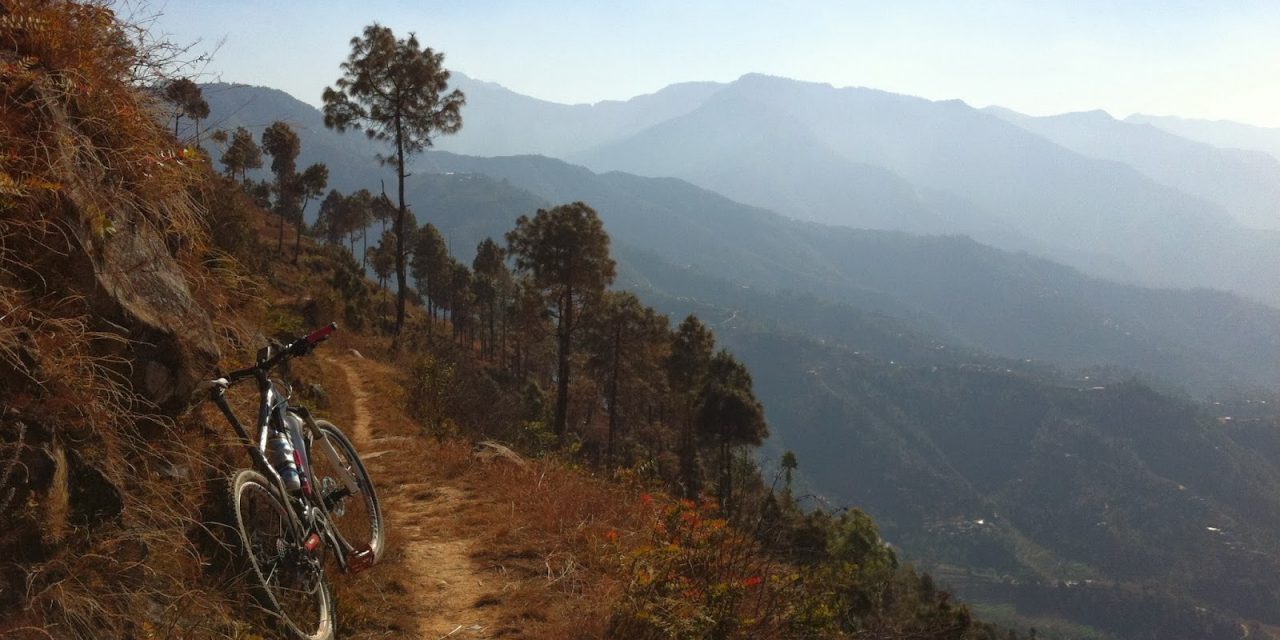 I’ve been riding my bike quite a lot lately.
Today I had a leisurely, and very early, ride around some Kathmandu Valley trails with my friend Jenny Caunt from Himalayan Singletrack, and some quality “urban” trails too given the condition of some of Kathmandu’s roads & alleys (Jenny incidentally is also a first class KTM/Thamel restaurant/food/Thungba “guide” and has pointed me to all the hidden hotspots).

In the last couple of weeks I’ve done around 600km of riding, some fun, some training.
I’ve got a little regular training route now, starting in Thamel, heading out of the city on sealed road for about Four miles (6km) on the Trishuli Highway to Mudkhu (heading West and then North-West). From there I head off on a short steep climb up a small dirt road to the left of the National Park checkpoint. This “Jeep” trail winds its way around the perimeter of The Nagarjun National Park, undulating up & down for ten miles (16km) to a small pass at Bhimdhunga; and a perfectly located Teahouse. I can then drop down in to Swayambhu via little farm tracks back in to the city for a total of about 38km. What I normally do though is have a cup of tea, turn the bike around, and head straight back along the same trail. This adds another 10 miles (16km) to the ride and includes a testing climb of about 3.5 miles. I have also discovered a few alternative routes along the way, some by trial & error, some by mistake, and some with a little local help. I also found myself a really great bit of technical singletrack, some of which was so exposed that I had to push/carry the bike. The consequences of a mistake are a little too high! I’m not too proud to admit that nearly released a chocolate hostage a couple of times! Scary! I’ll be riding it again soon.

On a brighter note both The 1st Lifecycle Downhill Championships and The Nepal National Cross-Country (XC) Champioships have taken place during my stay, and it was nice to be able to go along and cheer on many of my friends to deserved victories and podium finishes.
I’m not the biggest fan of XC racing but it was surprisingly exciting to watch and it was really nice to see five of my fellow Yak-Attacker’s take all the top spots in the Men’s Elite Race.
Laxmi Magar made me especially proud when she dominated the Women’s Elite Race and claimed the gold medal; proving why she is worth our sponsorship for Yak Attack!


I’ve also enjoyed some great riding with friends and have been introduced to beautiful trails all around the valley rim, the ride to Simbhanjyang with Laxmi was a fantastic couple of days. A road route out to Nagarkot with The Himalayan Singletrack Team followed by a really great singletrack descent was loads of fun, especially the long, tricky, staircase drops. I got caught out at the bottom of one such drop when a sneaky set of three steps suddenly appeared, as if by magic, in the trail and I went sailing through the air and landed unceremoniously in a heap, in some bushes, down a drainage ditch! Unfortunately there was a witness.

Tyler McMahon has a 100km+ route planned out for us, and then I have to think about heading in to the high mountains for a couple of weeks. I’m having a lot of trouble dragging myself away from the lovely warmth of Kathmandu right now!

Fridays are my rest & recovery day. I like Fridays.

They have consisted of laying in bed late, lazing around, surfing the internet, reading, eating cake, and visiting the nearby Spa for a recuperating massage on my tired legs. Heaven sent!
I have been using The Tranquillity Spa in Thamel. It is a really good facility and the massages are excellent. They even give you a nice cup of tea afterwards! The prices are very reasonable compared to Western standards and an hour on the table costs around £12/$18. The perfect end to every week! 🙂 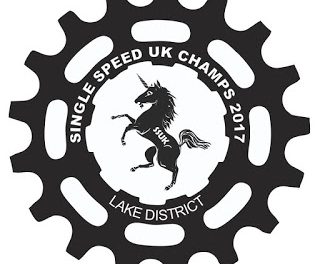 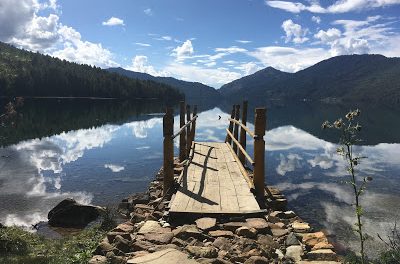