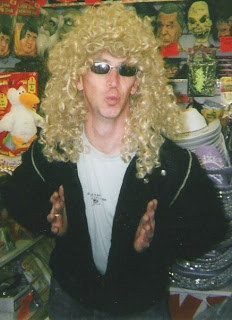 Matt Haynes, birth date unknown, possibly older than Wolverine but difficult to tell due to his amazing ability to act like a child. No fixed abode. To supplement his volutary work with Chase The Rainbow he teaches Latin-American and Ballroom dancing with his partner Charlotte, delivers sandwiches for Subway, and hemorrages his remaining funds playing online poker.

Matt has many attributes, in particular his ability to transform from follically challenged baldy to lush haired goddess at the merest hint of fancy dress shop. And all done with a swoosh of dandy panache.

True facts: Matt holds a fully functioning pilots license, has a PADI Open Water Divers Certificate and appeared on television at the opening of the Tamworth Snowdome during his brief but unsuccessful snowboarding career.

During his many spells as an adventure enthusiast Matt has enjoyed Wake Boarding, Windsurfing, Surfing, Skateboarding and many others. He ocassionally enjoys Slacklining in Neil’s back garden. Although, I hasten to add, he prefers the lady-garden if truth be told.
Matt has travelled widely with several trips to Australia and amongst others Singapore, The USA including Hawaii and a couple of long weekends in Las Vegas! He once rang Neil on a random Thursday evening to see if he was free for the weekend because he fancied going to Vegas, Neil unfortunately couldn’t make it so Matt went anyway. That’s a proper traveller.
Matt enjoys the odd pint of Guinness or two; but like everyone who has visited Dublin he swears the English stuff is just not as good.
He has a fanciful penchant for the younger ladies and once owned an Audi A4. 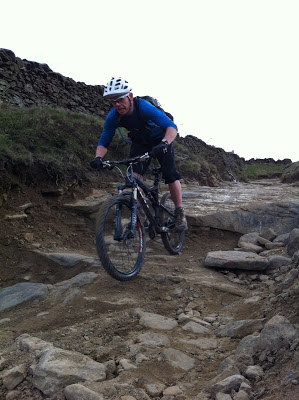 A beautiful person masked by an ugly exterior with a face only a mother could love, and she’d have to be short sighted. Could easily score a role as The Mekon if there is ever a movie of Dan Dare.
Mitch is another of Neil’s oldest friends and is his regular riding partner for Mountain Bike adventures.
He lives in Belper, Derbyshire, with his long-term partner Denise, and their two children, Archie & Katie.

He is the most competitive person on earth and would race his Granny to the grave for a chance of glory.

He has finished high up the rankings twice at The Strathpuffer 24 hour mountain bike race, competed in The Manx 100, and completed the Peak District 200 in less than 24 hours.
In 2015 he accompanied Neil on a trip to Western Nepal (Kanchenjunga) to discover new trails.
He has the unfortunate quirk of passing out at the sight of his own blood; not the most useful of traits for an adventure sports enthusiast.
Mitch is currently crafting his own mobile “Love Machine” from a Volkswagen T5. 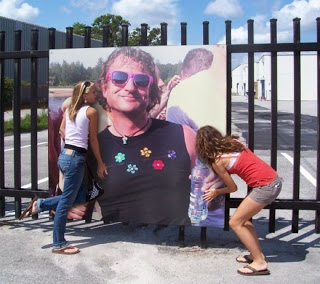 The Netherlands. Born November 1968. He lives in Laag Zuthem, on the outskirts of Zwolle, with his partner Sylvia. Between them they have three children – two girls, Ruby and Gwyn, and one son Luuk.

He is the owner and founder of the charitable foundation Stichting Empower, working with autistic children, helping them to develop confidence and life skills through sport and recreation.

Wilco and Neil have travelled and explored Nepal together on three occasions. In 2015 they were caught in the chaos of the catastopic earthquake that devasted many areas of the country.

Wilco continues to enjoy the outdoors. He is a sport fanatic; Fitness, Running, Cycling, Swimming, Football, Sailing, Windsurfing & Boating. One of his great passions is Carp Fishing and it was during a trip to France in 2004 that he first met Neil.

During the first Himalya Quest he became affectionate known as the f***ing baby elephant because of his inability to carry out any task quietly.

He enjoys listening to Trance music and Barry White. Let the music play… 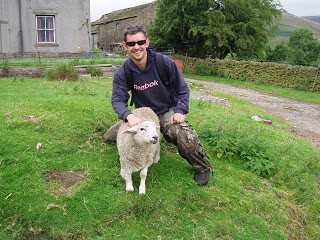 Originally from Belper, Derbyshire, now lives in Selston, Nottinghamshire with his long suffering partner Lyndsey (she really does suffer, the poor girl) and their beautiful daughter Katelyn.

Dave accompanied Neil and Wilco on the original Himalaya Quest and continues to live the outdoor lifestyle. In Nepal he embraced recovery techniques and when not hiking the rugged trails he spent his down-time productively snoozing.
David’s outdoor credentials extend from Carp Fishing, Kite Boarding, Mountain Boarding, Climbing & Bouldering, Hiking and Camping to forays into Surfing, Skydiving, and Snowboarding amongst others. He has travelled to France, Spain, and as far South Africa in pursuit of large Carp and Catfish.
He has a pretend friend called Tilly, a peculiar fondness for farm animals and an unhealthy obsession with online gaming.