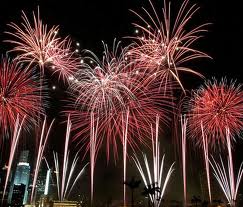 Wow, I really can’t believe that the blog has received 1000+ views; in less than a week since launching!
Amazing. Thank You Everyone who has taken the time to look.

According to the stats there has been a lot of British and Dutch interest as you would expect really, but also from as far away as the USA and Alaska, Australia, Sweden, Chile, Italy, Germany, France etc

I wasn’t going to blog today but I had to after seeing the stats counter go over 1000 🙂
Anyway, day off for me today from training, legs are aching a bit too, so it’s recovery time until tomorrow morning when I’m at the local Swimming Pool for a few lengths.
I must say I find Swimming the least enjoyable exercise that I do and it’s also the toughest, I come away feeling really done-in but i know how good it is for me so I can live with a bit of boredom.
If only it were warm enough here in the UK to swim outside more often; then I would enjoy it a whole lot more!

Wilco Voulon and I have been in constant contact since he confirmed his place on the team for The Himalaya Quest, he has arranged several media appointments in Holland and has asked me to provide information for the articles. Sounds like we will be getting plenty of coverage over there, which will highlight what we are up to and bring in plenty of traffic for the charities. Well done mate 🙂

Justgiving links to both the UK charities and Wilco’s chosen charity being put up on here very soon.

Massive Thanks to Oakley UK Ltd.