And then the sun began to shine. And I had a long weekend off right in the middle of it! Yeehaw. My son Dan and I headed off to North Wales to stay with my fellow Yak Attack rider Cefin Evans at his beautifully located farmhouse near Aberystwyth. We rode dusty trails in bright sunshine, and it was glorious!

—————————————-
On a completely different note I have decided to try and help sponsor a local Nepali rider for this years North face-Yak Attack. You may not be aware of this but the The Yak Attack is a non-profit making event that helps to fund the Nepali mountain bikers and local communities in The Annapurna Conservation Area Project.
Local riders benefit from “at-cost” entry fee’s. The average monthly wage in Nepal is US$70 (that’s about £50) and the cost for them is US$400, about £250 (£1795 for international entrants),so you see the problem. On top of this it costs about another US$400 in expenses. Five riders have gained qualification through racing in The Trans-Nepal Stage Race which entitles then to waived entry fee’s. To support one of these riders I am asking ten people to pledge £25 (including myself) which will enable us to achieve it. Full sponsorship of a rider is US$800. I have already received four pledges from generous benefactors and now only need five more. It would be even better if I could raise enough for a full sponsorship! If any of you would like to help out please contact me via our Facebook or Twitter pages. You will also have the added excitement of cheering on your own rider during the race! Instead of just booing me!
My sincerest thanks go out to Paul Crooks, David Whewell, Keith Harrison, and our own Dave Slater for their selfless offers of support. Thank you guys it will be very much appreciated by whichever rider we are allocated.
If any of you are interested in sponsoring a rider yourselves or would just like to see what Yak Attack are trying to achieve with the local Nepali riders take a look here: Yak Attack is seeking sponsorship.
——————————-
I was contacted recently by a travel insurance company called DOGTAG who asked me if I would be interested in writing a piece on The Yak Attack for their dedicated adventure blog. I was very happy to oblige; anything that helps to highlight the great work being done by Phil Evans at Yak Attack or gets people interested visiting Nepal can only be a good thing.
I originally wrote it as one piece but Dogtag asked me to reduce it down a bit (you know how I can blather on sometimes!) so I split it into two separate posts.
If you would like to read them you can click on the links below:
Chasing Rainbows – Trekking Everest Base Camp
Chasing Rainbows. Yak Attack – A Himalaya Epic
When I get the chance I will upload the full version on to here so that you can read it in its original form.
——————————————– 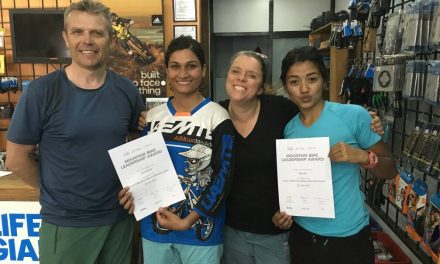 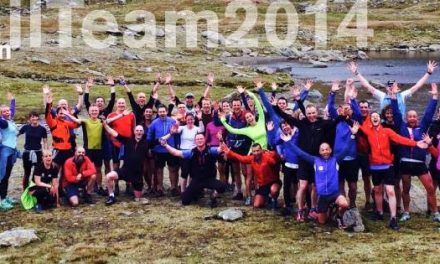