The Longest Day – Ultra Tour of The Peak District 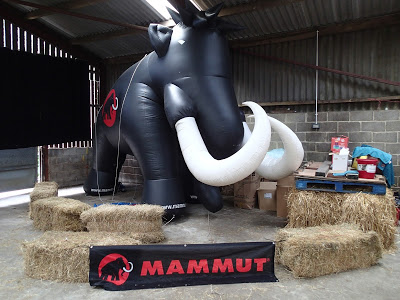 A couple of years ago Mitch Bryan and I went through a spell of running Ultra-Marathons which culminated in the successful completion of The UTPD – Ultra Tour of the Peak District – 60 miles (100km) event. To your average man (or woman) on the street this seems inconceivable, when we set out to do it it seemed almost that way to us too.
Both of us intended to continue to do other similar events, in fact we had our eye on the big prize – a 100 miler, but for various reasons we got distracted.
What may surprise you the most, as it did me, was that it wasn’t actually as hard as I thought would be.
I’ll quantify that rather bold statement. Running 60 miles in half day is very hard, it’s just that I expected it to be brutally hard.
It’s a trail race with a lot of ups and downs – 2722m (8930ft) of ups.
We trained meticulously for it with a simple system of running progressively longer times each week (known as LSD runs – Long, Steady, Distance. Using a Heart Rate Monitor and staying strictly in The Zone One band – Techno babble over). We did these together.
In between these we each had our own methods of training.
We both faced a few demons during the race, mine came quite early. Around the nineteen mile mark I was getting a few aches & pains and I went through a bit of a mental lull, 60 miles is an awfully big slice of pie if you’re not feeling very hungry, so to speak. Up to this point Mitch and I had been running together, we hadn’t planned to and we had agreed beforehand that we would each run our own race. I could see that Mitch was chomping at the bit so I suggested he take off because I wanted to ease off a little, I didn’t tell him I was on the verge of cracking up.
I arrived at the second checkpoint at 26 miles feeling pretty battered. Our mate “Mad” Dave Martin was waiting there for me with a good old cup of tea. If you want to bolster the spirits of an Englishman then give him a cup of tea. I lingered for far too long, perhaps 25 minutes, before setting off again. I was also immediately faced with possibly the toughest climb of the day, a very steep ascent up Parkin Clough to the summit of Win Hill. It soon became apparent that I was coming through my miserable spell because I stomped up it in short order, passing quite a number of other competitors on the way.
A cruise along a very long ridgeline and a steep descent down the splendidly named Ringing Roger took me in to the beautiful Vale of Edale where I was surprised to see Mad Dave once again, at a mini water station. By this point I was flying. What surprised me the most was that he told me that Mitch had only passed through about seven minutes ahead of me, apparently suffering his own demons at this point. I had fully expected Mitch to be miles away considering my extended break at CP2. Obviously being the good friend that I am I was further bolstered by Mitch’s misery and set off in hot pursuit. Bragging rights are a remarkable spur to ones masculinity.
I ascended and descended Hollins Cross with wings on my shoes and spotted Mitch a little way ahead on the approach to Castleton, around the 38 mile mark.
I amused myself no end by bombarding him with vile abuse as I quickly reeled him in.
He cut a forlorn figure. I laughed.
He was suffering from stomach cramps and couldn’t eat anything. The trouble with ultra endurance is that any small issue can play havoc with your mental state too, he looked how I felt 20 miles earlier. I gave him a bit of a talking to, passed him a Torq gel for some fuel, and then told him to lift his head up off the floor; sometimes we all need tough love.
From this point on, to the finish, we ran together. The final six or seven miles we ran faster than at any point in the race. I think this is a combination of knowing that you are almost there and actually having more in the tank, both physically & mentally, than you realise.
It was a joy to cross the line with my mate. I don’t do these things for glory or for approval from my peers, I do them for pleasure (as perverse as that may appear). And I gained the most pleasure of all from finishing it alongside Mitch (Don’t tell him though). 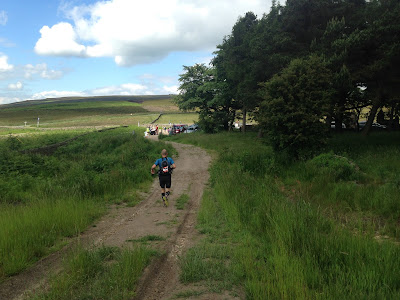 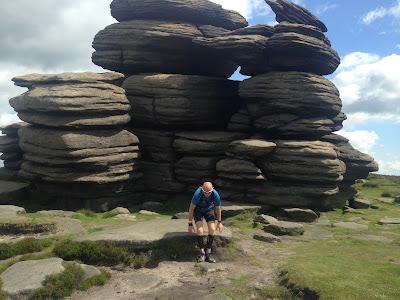 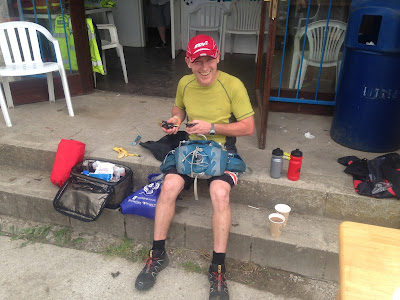 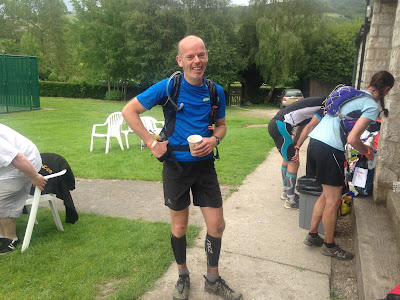 And so to the crux of this little saga. I’m thinking of doing it again.
There are a couple of issues that need to be addressed first.
It is less than three months away, ouch.
I haven’t actually run all that much in recent months, save for the occasional cross-country sortie for the pleasure of just doing it.
I also have to drop maybe 10lbs to get to a reasonable race weight due to bulking up for my now defunct Tour Divide attempt (This will sort itself out with weekly LSD runs). It probably means that I will have stop eating large amounts of cheese, which is bit of a bummer. I like cheese.
I have done a few runs up to an hour and a half in recent days so I’m confident that I can get up to around six hours duration in time to toe the line; which should be enough, just.
What has become apparent from these runs is that my hamstrings and ITB’s are a bit tight so I’m going to have to do a lot of stretching which I find immensely tedious, and a visit to my friendly neighbourhood Physioman (Paul Ray, a very nice man, highly recommended) will be needed in order to wiggle out any knots or tension that may be hiding away somewhere sneaky.
Another interesting dynamic, from my point of view, is that the race is now held in August; which just so happens to be the hottest month of the year here in the UK. And heat, as you may or may not know, is my personal nemesis. I’m an Englishman; anything over 20C is considered Sub-Saharan.
The last time we competed it was held in June (on the 21st, which just so happens to be the longest day. See what I did there? Longest day running/longest day of the year, clever eh? I knew you’d be impressed by that).
In June the weather is generally a bit cooler. Indeed the day we ran it the weather was particularly kind to us. Very little rain and a generally pleasant temperature.
This time I am expecting it to be a much harder affair.
But… we don’t do these things because they are easy do we?
So in between moving house, selling lots of my excess baggage on eBay, planning a bicycle tour, and working 50-60 hours a week, I have to get some exercise done.
Fortuitously my recently purchased, budget-priced, singlespeed bicycle will help me to generate the power I need for the hills, which will come free of charge whilst cycling back and forth to work. The rest is up to me.
If everything goes to plan over the next couple of weeks then I shall be confirming my entry (even if it doesn’t go to plan I will most likely confirm my entry and have a stab anyway). 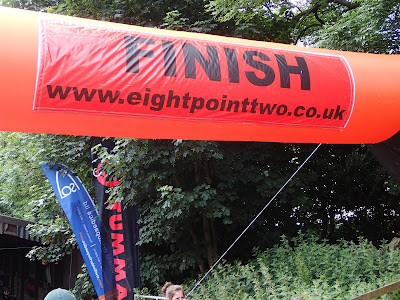 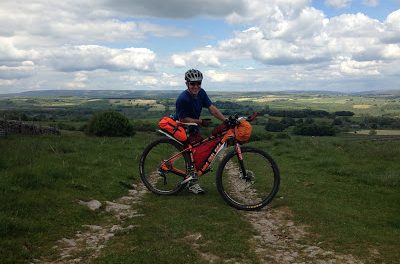 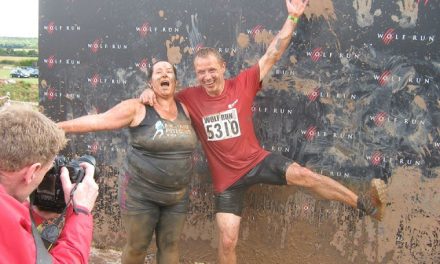 Bubble Wobble, The Wolf Run, and other news. 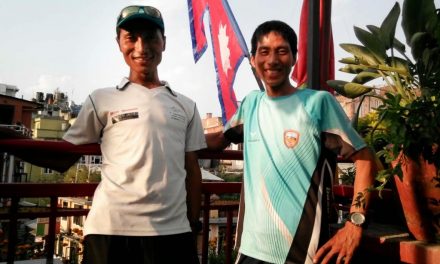